With the Utah’s legislative session about to end in a week, the lawmakers are working hard to get the state’s business done.

The lawmaker worked overtime until 10 pm on Wednesday night. 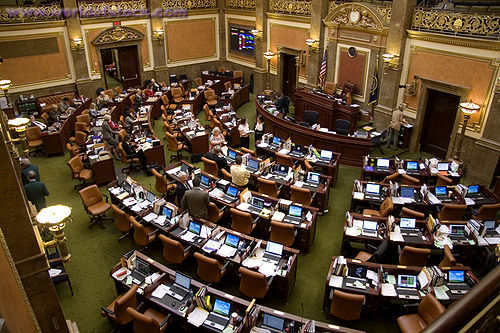 Speaking over the low number of cleared bills, Sen. John Valentine, R-District 14, said, “There’s a couple of factors that affect these particular type of numbers, one of them and probably the most important one is we took a full week of full base budgeting.”

“We have spent a significant amount of time in studying a couple of big, big issues that’s taken us off the floor, some of those issues include the possibility of Medicaid expansion and the idea of changing the paradigm of changing our school system with more technology,” Valentine added.

Both the Senate and House will stop working with the end of this session next week Thursday at midnight.