You are here: Home / Health / Smartphones can loosen emotional bonding with your children: Study

Are you involved with your smartphone more than your family on your dinner table? With advancement of science and technology, people of all age groups are more and more involved in their mobile phones either for playing games or exploring web or simply or chit-chat.

But whatever be the reason this phone addiction can damage your emotional bonding with your family.

In a first-of-its-kind study, the researchers have found that over use of smartphones can damage relations with your kids.

Jenny Radesky, a behavioural pediatrics expert said, “A lack of eye contact and interaction with children can reduce the bond with them.” 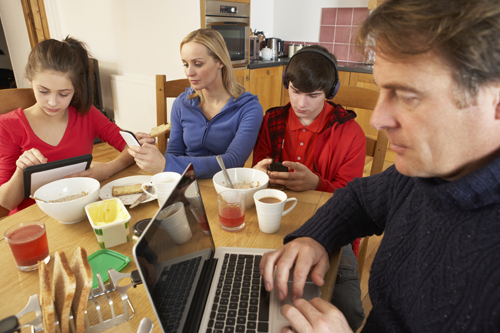 Researchers from Boston Medical Centre carried a study to examine how children behave with adults on phones. The researchers carried study on 55 parents while they had food at a restaurant with children.

They found that one in three parents used their phones almost continuously during the meals.

Radesky says, “Parents who were highly absorbed in their devices seemed to have more negative or less engaged interactions with children.”

The findings of the study will be published in the April issue of the journal Pediatrics.