Unraveling the genetic code of the loblolly pine tree, the researchers have claimed to have developed the longest genome sequence to date.

Researchers say, the loblolly pine (Pinus taeda) can grow over 100 feet (30 meters) tall and it has a lengthy genome to match, with 23 billion base pairs.

Its genome is more than seven times the size of the human genome, which has three billion base pairs. These pairs form sequences called genes which are responsible for making proteins. 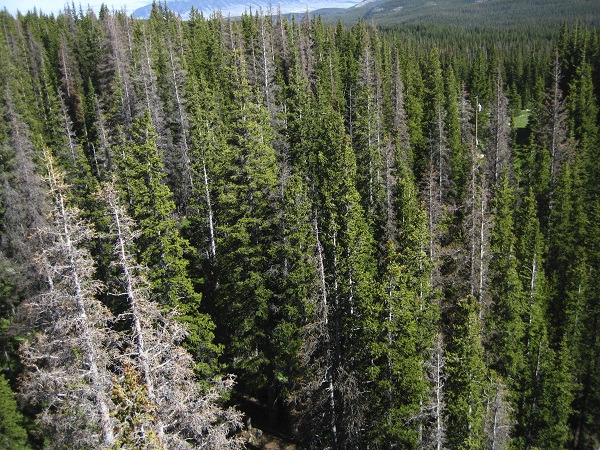 Study researcher David Neale, a professor of plant sciences at the University of California, Davis, said in a statement,

“It’s a huge genome. But the challenge isn’t just collecting all the sequence data. The problem is assembling that sequence into order.”

To understand the genetic puzzle, the researchers assembled the sequence from part of a single pine nut, a haploid part of the seed, with just one set of chromosomes to piece together.

The new research showed that the loblolly genome is full with repetitive DNA. In fact, 82 percent of the genome repeats itself, the researchers say.

According to the scientists, the study will help in understanding the genetic code of loblolly pine and could lead to improved breeding of the tree. The tree is used to make paper and lumber and have the qualities of a potential biofuel, the scientists say.

The research study was published in the journals Genetics and Genome Biology.