The scientists have found fossilized remains of a dinosaur species in Portugal that they believe was the largest land dinosaur ever to have roamed Europe.

The new species has been named Torvosaurus gurneyi which is 10m (33ft) long and weighed four to five tonnes. The measurement of its head was 1.15m from front to back. Scientists say, the creature had a special feature i.e. blade-shaped teeth which was upto10cm (4in) long. Its long teeth suggest that it may have been near the top of the food chain and eaten other large dinosaurs.

The bones and the fossilized remains were discovered in north of Portugal’s capital, Lisbon.

Initially, the scientists believed that they belonged to a species from North America,Torvosaurus tanneri. But after comparing the shin bone, teeth, upper jawbone and partial tail vertebrae, they realized it to be a new species. 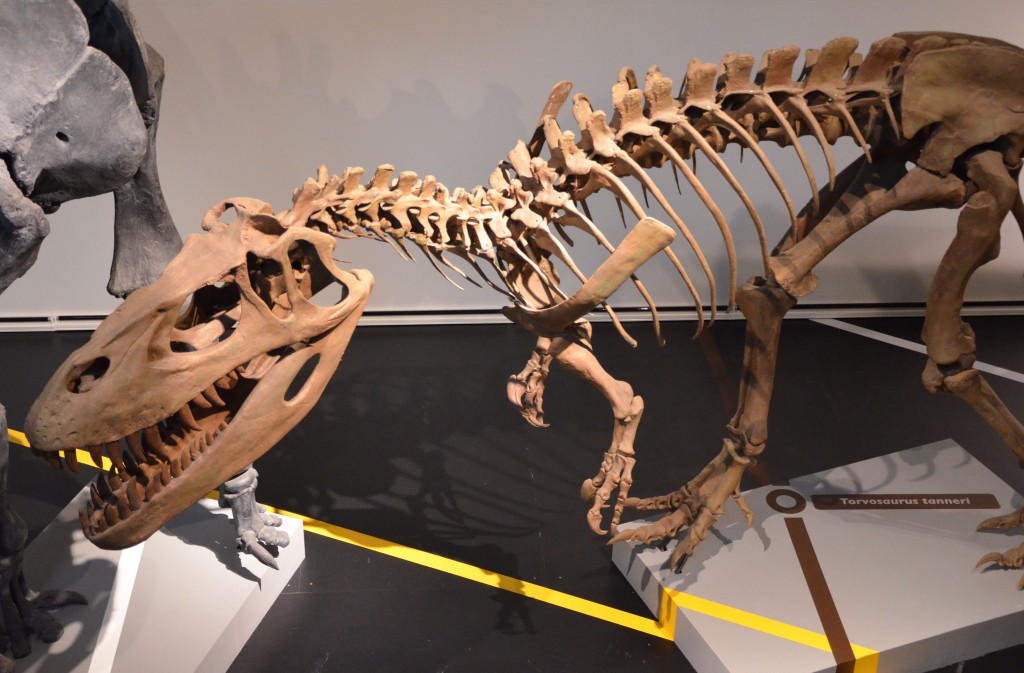 According to the scientists, it is one of the largest carnivorous dinosaurs of the Jurassic period found in this area, living around 150 million years ago.

“This is not the largest predatory dinosaur we know. Tyrannosaurus, Carcharodontosaurus, and Giganotosaurus from the Cretaceous were bigger animals. With a skull of 115cm, Torvosaurus gurneyi was however one of the largest terrestrial carnivores at this epoch, and an active predator that hunted other large dinosaurs, as evidenced by blade-shape teeth up to 10cm.” co-author Christophe Hendrickx said while elaborating the findings.

The findings of the study were published in the online journal Public Library of Science ONE.