The Venus Express orbiter of European Space Agency (ESA) has for the first time caught a rainbow like feature in the atmosphere of our neighbouring planet Venus.

Astronauts say, this is for the first time that a complete image of ‘glory’ (rainbow like feature) has been captured in the atmosphere of another planet.

Experts explain, rainbows and glories appear when the sunlight falls on cloud droplets. This delightful scene (rainbows) emerges in form of an arch across the sky. However, glory is much smaller than the rainbows. It consists of an array of coloured concentric rings that is in the heart of bright core. 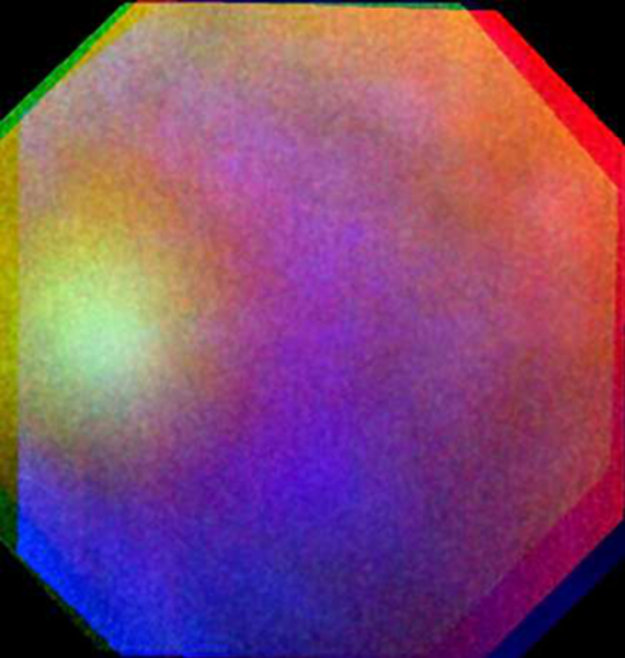 When someone gaze at the sky sitting between the sun and cloud particles that are reflecting sunlight, a glory is seen. On Earth, they are most visible from airplanes flying above the clouds.

The cloud particles and the liquid droplets are the two key features that are required for a glory.

Venus is the brightest planet and has an atmosphere filled with droplets that are highly concentrated in sulphuric acid.