You are here: Home / Health / Anorexic Woman from Tennessee saved by Strangers at YMCA

26-year-old Lauryn Lax calls her stranger friends as ‘YMCA angels’ who saved her life 3 years ago and now she is planning a bash with them.

Recalling her date with death, Lax says, “I didn’t know these people. I had seen them more as acquaintances. But now they are my angels.”

On an August morning in 2011, Lauryn Lax would have died if her nine angels at the YMCA, the place where she went for gym, have not taken initiative to take her to a hospital.

Lax was suffering from Anorexia nervosa that had weakened her to the point that her heart was struggling to beat.

But that little initiative by her nine gym-mates, who were completely stranger to Lax till then, saved her life when she was just 23 years old. And today Lax is healthy and about to complete her graduation at Belmont University.

Three years ago, 23-year-old Lax had moved to a new place where she hardly knew anybody. At the age of 10, she had battled her eating disorder and had been hospitalized more than a dozen times.

Sharing the horrific incident, one of Lax’s angels Johnny Phipps said, “We saw a girl that was about to die.” 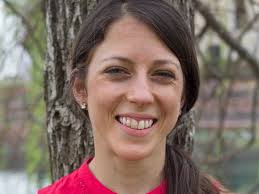 Phipps was one of the gym-goers who organized the intervention after calling Lax’s parents in Little Rock, Ark., the night before.

A group of YMCA goers, who had been concerned about Lax for weeks, approached her in the parking lot asking her to come to hospital with them.

“We all met at Y parking lot, parked cars in separate location. When we saw Lauren’s car pull in, we literally all converged on her, and she was like a deer in headlights,” Louise Grant, another gym-goers, said.

Initially, Lax resisted but later on she agreed to go with them.

When Lax was at the hospital, she was ready to go home and get back to her old ways: 6-to 7-hour workouts and eating nothing but tiny helpings of steamed vegetables and frozen turkey burgers.

“Very eerily, everything looked OK on paper,” Lax said. “My little angels were just so adamant. They knew that I was not well and really fought to keep me there.”

After the doctors got her into an eating disorder program to get her weight back up, her parents also decided to send her to a program in Miami for six more weeks. 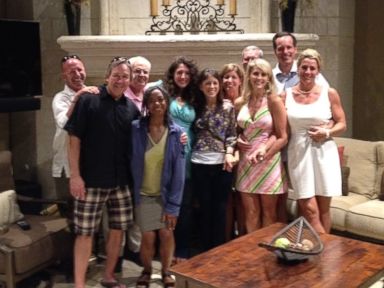 The morning she was supposed to check out, she started experiencing chest pains. Actually, the eating disorder had weakened her heart.

“That’s when I decided I was going to stay however long it takes to get this thing out of me,” Lax said.

It took her nearly a year, but Lax soon learned who she was outside of the eating disorder.  “At one point in my life, it was about physically wanting to look a certain way, wanting to lose weight. Over time it became about self-control, a feeling of empowerment over myself. I could deny myself foods and workout more than anyone else,” she said.

After her treatment following the YMCA intervention, Lax was a changed person with positive approach towards life. She learned that food was just food and that she loved to write and wanted to go back to school and help other young girls find healthy things to be passionate about.

In her blog, she aware young boys and girls about eating disorders and help them get over it.