In a small study, stroke French researchers have discovered that people lacking vitamin C might be at greater risk for bleeding in the brain .This is known as a hemorrhagic stroke.

Researchers from Pontchaillou University Hospital in France found that consumption of enough vitamin C could help protect you from stroke. 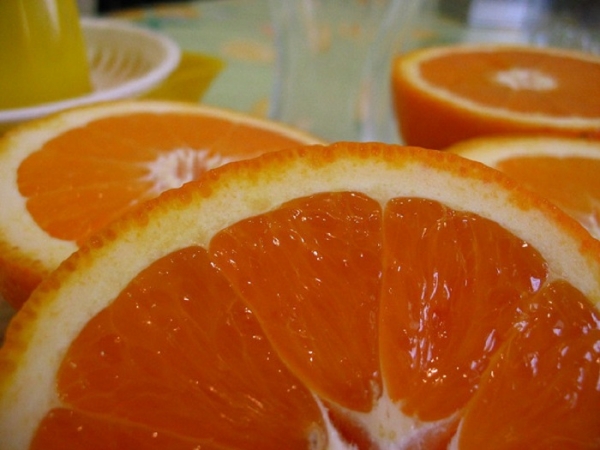 “Our results show that vitamin C deficiency should be considered a risk factor for this severe type of stroke, as were high blood pressure, drinking alcohol and being overweight in our study,” Stephane Vannier, of Pontchaillou University Hospital who led the study in Rennes , said in a statement.

Dr. Ken Uchino specializes in strokes at the Cleveland Clinic in Ohio and explains, “Although the study shows that the risk of a stroke may be reduced by vitamin C, other studies must be performed to confirm the link between vitamin C and bleeding of the brain. We know that is has a relation to the integrity of tissue in the body, so it could have something to do with the risk of a stroke indeed.” He continues, “Then again, a vitamin C deficiency means that the patient lives an unhealthy lifestyle, which always increases the risk of a stroke.”
Researchers looked for the vitamin C blood levels of 130 people, of which 65 have suffered from intracerebral hemorrhagic strokes. The results show that those 65 patients had lower vitamin C level in their bodies than healthy people who participated in the study.

Although poorer vitamin C levels were associated to extended hospitalizations after a hemorrhagic stroke, the researchers said it is not associated to a higher threat of death.

“Vitamin C levels were significantly lower in people who had brain bleeds, compared with healthy people, but we have not yet calculated an odds risk,” Vannier said.

National Institutes of Health say that depletion of vitamin C can also cause nosebleeds, anemia, a lowered ability of the body to fight infection, gingivitis and heal wounds and joint pain.

As Vitamin C is water-soluble vitamin, i.e. the body is not capable to store it the recommended daily intake of vitamin C for adults is 75 to 90 mg.

It is best to get vitamin C through diet, Vannier said. “We actually don’t recommend using vitamin C supplementation when there is no deficiency,” he said.

The sources of vitamin C are vegetables and fruits, such as peppers, broccoli oranges, papaya and strawberries.

The findings should be considered preliminary as they have yet to be published in a peer reviewed journal.

The study results are scheduled for presentation at the annual meeting of the American Academy of Neurology, which will be held from April 26 to May 3 in Philadelphia.