You are here: Home / Health / Tibetans have genetic origins for adaptations at high altitudes 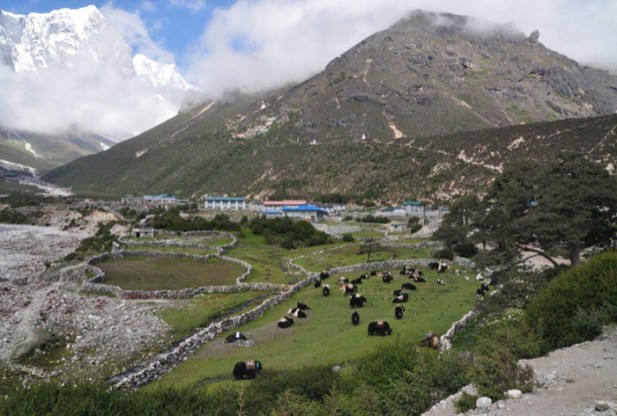 Researchers, who have been studying the Tibetan people, suggested that genetic adaptations for life at high altitudes found in Tibetans likely instigated around 30,000 years ago in people related to contemporary Sherpa.

The shift of beneficial mutations between human populations and selective enrichment of these genes in descendent generations embodies a novel mechanism for adjustment to new environments.

These genes were transferred to more latest migrants from lower elevations via population mixing, and then modified by natural selection in the modern Tibetan gene pool.

Possessing physiological traits such as relatively low hemoglobin concentrations at altitude, enables Tibetans with lower risk of complications, such as thrombosis, compared to short-term visitors from low altitude.

Anna Di Rienzo, PhD, professor of human genetics at the University of Chicago and corresponding author of the study said, “The Tibetan genome appears to arise from a mixture of two ancestral gene pools.”

“One migrated early to high altitude and adapted to this environment. The other, which migrated more recently from low altitudes, acquired the advantageous alleles from the resident high-altitude population by interbreeding and forming what we refer to today as Tibetans.”

To shed light on the origins of these gene variants, researchers studied the genome data of 69 Nepalese Sherpa along with the genomes of 96 unconnected individuals from high altitude regions in the Tibetan plateau.

To dig the history the team identified a population size split between Sherpa and lowland East Asians around 20,000 to 40,000 years ago, a range steady with proposed archaeological, mitochondria DNA and Y chromosome evidence for an initial colonization of the Tibetan plateau around 30,000 years ago.

Cynthia Beall, PhD, professor of anthropology at Case Western Reserve University and co-author on the study said ,”This is a good example of evolution as a tinkerer.”

The study “Admixture-facilitated genetic adaptations to high altitude in Tibet,” was supported by the National Science Foundation. Additional authors include David B. Witonsky, Gorka Alkorta-Aranburu and Jonathan K. Pritchard from the University of Chicago, Maniraj Neupane from the Mountain Medicine Society of Nepal and Buddha Basnyat from the Oxford University Clinical Research Unit at Patan Hospital in Nepal.

The study that shows modern Tibetans appear to descend from populations related to modern Sherpa and Han Chinese has been published in journal Nature Communications.