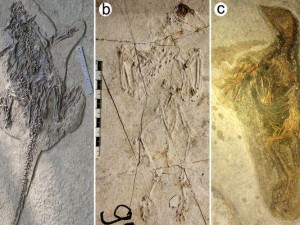 Northeast China holds in it one of the world’s richest assortment of fossil beds, dinosaurs, mammals, and many other creatures. Huge ash clouds in volcanic eruptions have preserved them from more than 100 million years ago.

A new research suggest a horrid origin for the exquisitely preserved remains: They are an animal Pompeii, cooked and preserved by avalanches of superheated volcanic gas and debris.The animals and plants are therefore similarly well received as the victims of the Vesuvius eruption in 79 AD in the ancient city of Pompeii.

The findings were published in Nature Communications. 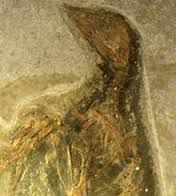 “What we’re talking about in this case is literal charring, like somebody got put in the grill,” George Harlow, a mineralogist at the American Museum of Natural History in New York, one of the researchers of the study, told. “They got fried.”

The trove of fossils belonged to the Yixian and Jiufotang – rock formations, for which there is a fixed term Jehol Biota, was first exhumed more than a century ago. Researchers utilised 14 fossils of birds and dinosaurs mined from five locations around the site where they recognized burnt tissue and “re-crystallized” sections of bone on fossils.

Baoyu Jiang, a paleontologist at Nanjing University said, this clearly indicates that the animals were exposed to dangerous heat. The animals were also found with bent limbs, a pose typical of victims of pyroclastic-flow— terrifying rivers of volcanic gas and bits of rock that usually travel at 50 mph or faster.

“That’s quite a radical, new idea,” Mike Benton, a paleontologist at the University of Bristol in England, stated in an email, and “quite a challenge” to previous theories implies that the rivers moved away animals into the lakes.

“I’m not saying the authors are incorrect,” University College Dublin geologist Patrick Orr, a specialist in the preservation of fossils, said, “but there are other plausible mechanisms (for such fossil preservation) that have been reported elsewhere. … Like all good, provocative papers, this challenges existing ideas and sets up a whole new set of questions.”

“All the evidence supports this hypothesis,” said study co-author Jin Meng, a paleontologist at the American Museum of Natural History. “Many or most of the vertebrate fossils were preserved this way.”

Meng retorts that not all the fossils at Jehol are intact skeletons, but he also approves that his team requires scrutinizing more fossils.

“I don’t think that this is the end of the whole thing,” he says. “I think this is just the beginning.”