You are here: Home / National News / Teen Girl Charged with Murder in connection with the shooting death of Sgt. Cory Wride 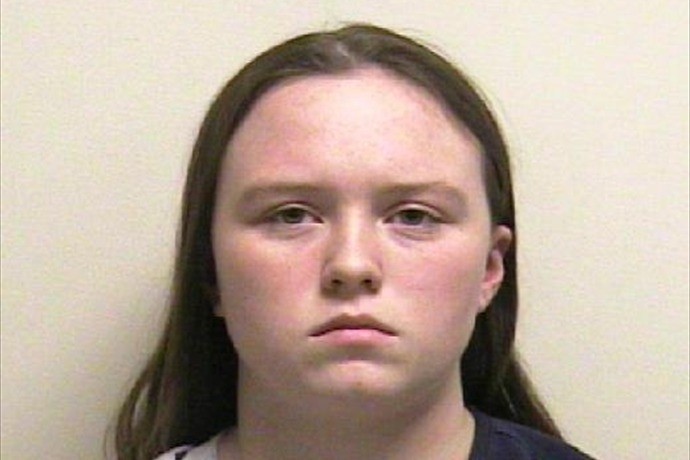 Grunwald is at the moment facing 17-felony charges with murder and attempted murder and evading police for her role in the shooting rampage that extend across two counties and left Utah County Sheriff’s Sgt. Cory Wride dead.

According to the prosecutors Grunwald was the driver and Jauregui was the shooter. But authorities say was a partner in crime and will be accused of the murder and tried as an adult.

“Her mother allowed him to stay there,” says Renata Grunwald. “She wanted him to live there.”

Grunwald is Meagan’s paternal grandmother and her son is Meagan’s biological father. She says there was a growing bitterness between her son and her daughter-in-law about Meagan’s association with Jauregui.

“She even got a restraining order against her own husband to keep him out of the house,” says Grunwald. ‘The cops were called many times and they said it was my son’s fault. Now we know whose fault it is.”

According to a close family friend Meagan and Juaregui became friends last fall.

“She needed help with studies and he started helping her with her homework,” says Kris Allred.

Allred has known Meagan Grunwald since she was 3 years old.

And then he moved in. It soon turned out to be more than just assisting with homework. On Meagan’s facebook she posted that “I’m just a girl who is in love with the most annoying, cutest, funniest, nicest and completely perfect guy in the world.”

“It was tragic and it was sad,” said Allred. “Even though she wasn’t mine, I still had hopes for what she might become.”

Witnesses say she was also pregnant with Garcia-Jauregui’s child and tested positive for meth and amphetamines.

“We suspected that after we read a note Angel (Jauregui) left for his brother,” says Allread.

Prosecutors also claim the couple was planning on shift to Mexico once she became 18 years old.

“I’m not sure what happened but then she started acting real distant from me,” says Allred. “It’s just tragic.”