What could be seen as further embarrassing to the National Security Agency, investigations has revealed that Edward Snowden used cheap software that are widely available to gain access to some of the most sensitive files and reports pertaining to the national security interests of the US. Investigators also revealed the entire process was automated and wasn’t being done sequentially. However, what has left the investigators baffled is the audacious manner of the entire attack since the system to secure the top secret documents was firewalled behind an elaborate security mechanism designed to thwart even the most elaborate of cyber threats. Instead, the web crawler software used to infiltrate NSA is designed to search and index website which security experts believed should have been detected.

The above findings also come at a time when the NSA has found itself in the center of a raging controversy over its surveillance practice. Snowden’s input is being sought to determine the extent and nature of NSA’s spying practices that has left millions seething over what it claims as breach of civil liberties. The Civil Liberties Committee of the European Parliament said they have initiated an enquiry into the alleged spying of European citizens and has sought Snowden’s views on this. Similarly, the Green Party in Germany has also been extremely vocal of the NSA snooping activities and has said Snowden’s input will be vital in its enquiry of the US government back surveillance. 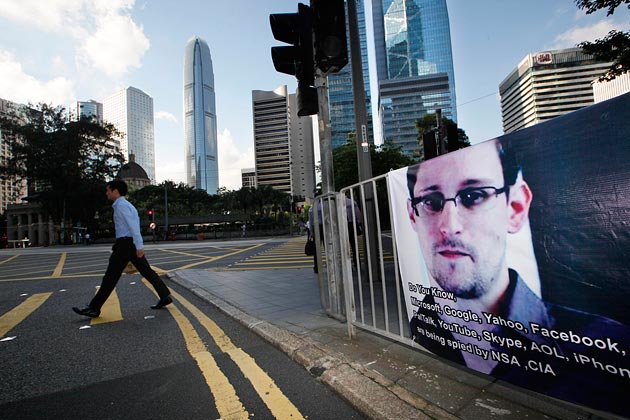 Meanwhile, tech companies and other civil liberties organizations have lined up a massive protest which they have termed ‘The Day We Fight Back’. Thousands of sites plan to protest the surveillance by splashing suitable message across their homepage. This they hope will help garner support for the USA Freedom Act which seeks to impose limitations if not completely end the controversial surveillance practice adopted by the NSA.