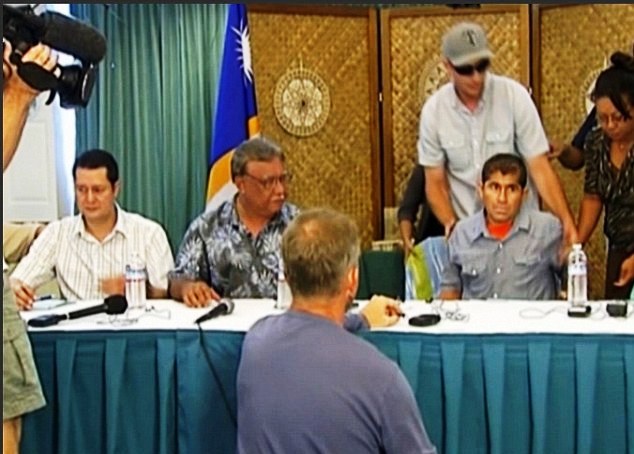 A castaway Salvadoran man who says he survived more than a year adrift in the Pacific Ocean before making landfall in the Marshall Islands appears to be suffering post-traumatic stress syndrome, a doctor says, as officials confirmed on Saturday, he had been living in Mexico illegally.

Jose Salvador Alvarenga, 37, a fisherman from El Salvador, washed up on a remote Pacific atoll last month; telling a notable story of floating 12,500 kilometres from Mexico in his 24-foot boat after the engine broke down.

Diego Dalton, an official with El Salvador’s embassy in Tokyo, says Jose Salvador Alvarenga is still weak and doesn’t have plans to return home yet.

He was taken last week to the Marshall Islands’ capital, Majuro, where he has been resting at a hotel.

At a brief media conference on Thursday, the 37-year-old was gloomy and uncomfortable, faltering a short thank-you to people in the Marshalls before leaving the venue holding two men for support.

Officials said then that Alvarenga needed to be taken back to the hospital for more medical checks and that it would likely be three or four days before he was fit enough to travel back to El Salvador. 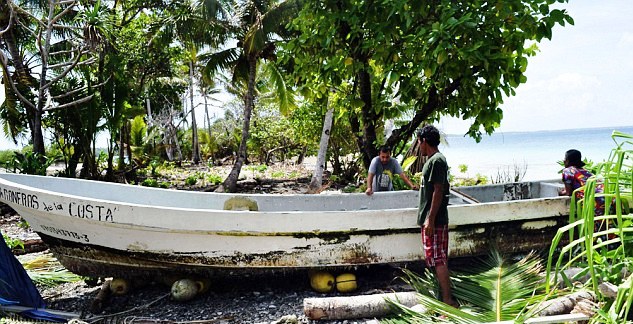 The chief of medical staff at Majuro Hospital Kennar Briand said on Saturday evening that he was getting better.

“His last blood tests were normal,” said Briand, who was briefed by his primary doctor. “He’s clearly improving. Based on the last assessment, he’s stable and no longer dehydrated.”

“He was readmitted Thursday because of pain in his back and legs,” said a nurse at Majuro Hospital, who asked not to be named.

“He was not really coherent. But he was talking clearly when he was discharged Friday.”

Manila-based Mexican diplomat Christian Clay Mendez, who jetted in to help handle Alvarenga’s repatriation, said he had been in Mexico illegally for 15 years, which is why he would go back to El Salvador.