You are here: Home / National News / Paragliding accident in Utah County killed one 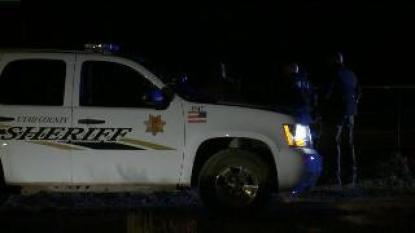 FAIRFIELD, Utah – A man was found dead in the Utah County in a paragliding accident on Sunday.

Utah County sheriff’s deputies are now investigating the accident that claimed the life of a 54-year-old Farmington man when the victim crashed at around 5:45 pm.

The victim and three other men, all experienced paragliders, were taking turns driving a pick-up truck down Allen Ranch Rd., a dirt road that at State Route 73 south of Fairfield, while towing one another and then releasing each paraglider.

“They’re lifted airborne with a reel from the back of the truck similar to what a lot of people have seen with boats,” Utah County Sheriff’s Sgt. John O’Hara said.  “There was an accident or mishap at a fairly high altitude. The victim did crash into the ground out here… At the time of our arrival, it was determined that the victim was deceased.”

Cedar Fort Fire Battalion Chief Jon Hodgkiss says paramedics responded to an emergency call but there was nothing they could do and Carter was pronounced dead at the scene.

Sheriff’s detectives and the medical examiner were on the scene investigating late Sunday evening.

O’Hara said he did not believe the men were doing anything illegal.