You are here: Home / Tech & Science / Oldest star in the universe found!

It’s seems like the ultimate age barrier has been broken. The oldest living star formed only one or two hundred million years after the Big bang itself may have been discovered. Born some 13.6 billion years ago, the ancient star offers a unique view into what the universe looked like soon after its birth and bests the previous record handily, by 400 million years.

According to the lead author astronomer Stefan Keller of the Australian National University Research School of Astronomy and Astrophysics, it is the first time that they’ve been able to unambiguously say that they’ve found the chemical fingerprint of a first star.“What this star has enabled us to do is record the fingerprint of those first stars.” said the lead author of the new study. 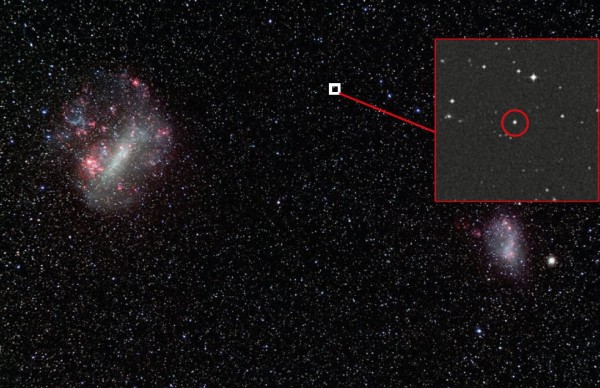 Using the SkyMapper Telescope at the Australian National University’s Siding Spring Observatory in New South Wales, Australia, the record-breaker was first spotted as part of a million-star survey. In high-resolution follow-up observations by the Magellan Telescopes in Chile, astronomers next noticed that one faint star, called SMSS J031300.36-670839.3, and possessed unusually low levels of heavy metals such as iron. Astronomers can estimate the age of stars by the amount of iron that they contain, if current theories are to be believed.It is  the unexpected lack of metal in the aged star which indicates that it was born out of the remnants of a very short-lived, primordial supernovae that had a mass 60 times that of our sun’s.

“What happened was that one first star dies in a supernova and then the gas that was thrown out mixed in with the surrounding pristine gas. Then later that gas cooled and formed a star. And so this is the star we are observing now,” said Keller.

The puzzling thing observed by the researchers is that these new findings show that this ancient star shows no sign of iron pollutants whereas first-generation supernovae blasts were thought to pollute their surroundings with a lot of iron. According to Keller, “Although sufficient to disintegrate the primordial star, the primordial star’s supernova explosion was of surprisingly low energy and almost all of the heavy elements, such as iron, were consumed by a black hole that formed at the heart of the explosion,”.