V2V Technology could be the latest buzz word so far as in-car passenger safety is concerned. V2V or vehicle to vehicle technology essentially involves the incorporation of suitable hardware within all light motor vehicles that will enable them to communicate with all other vehicles in its vicinity. This will take the passenger safety initiative already adopted such as seat belts, air bags and such to newer heights, something that the National Highway Traffic Safety Administration (NHTSA) claims can lead to 80 percent reduction in road accidents. The above figure though does not take into account accidents caused by car mechanical failures or cases of driving under the influence of alcohol.

The way the above tech can be made to work is this: all light vehicles will come fitted with transponders which they will use to communicate with other vehicles using an isolated radio spectrum. The information that the cars could be sharing include location, direction of travel and the average speed. This can be done say 10 times a second and will be a two way communication – every car will know the details of every other car in its vicinity. Several manufacturers such as Ford, Honda Mercedes to name a few have already started equipping their car model with V2V technology though NHTSA is calling for mass adoption of the tech to ensure it acts for the best interest of all. 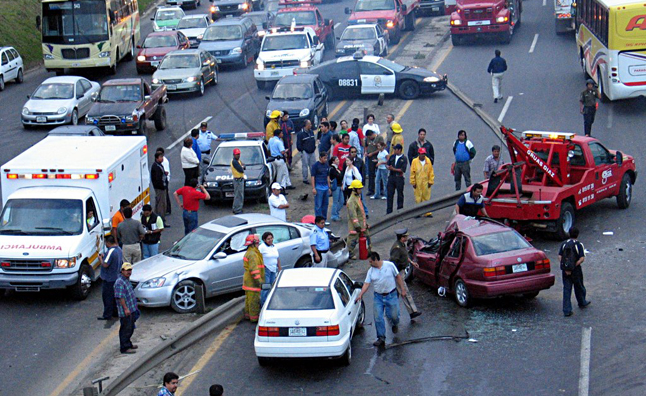 A likely scenario where the V2V tech can play a key role in avoiding accidents is this: a car that is rushing to change lanes at high speed will have the scenario transmitted to cars ahead and after it, thereby forewarning them so that they have enough time to take evasive action. Similarly, the car about to change lanes will have intimation of all vehicular behavior around it so avoid blind spot collisions.  This could prove to be even more beneficial during adverse weather conditions such as blinding rain, snow or dust storm.