NASA and CNES, the space agencies of the United States and France, are teaming up for a new Mars mission in 2016 that would study the evolution of the Red Planet.

The agreement was signed this week between NASA administrator Charles Bolden and National Centre of Space Studies of France president Jean-Yves Le Gall in Washington.

The other partners who will be involved in the mission include the Swiss Space Office, the German Aerospace Centre and the United Kingdom Space Agency.

According to the official sources, the 2016 Mars project aims to send an unmanned lander to study the deep interior of the dry and dusty planet and understand its evolution. The probe will be called ‘Interior Exploration Using Seismic Investigations, Geodesy, and Heat Transport’, commonly known as ‘InSight’. 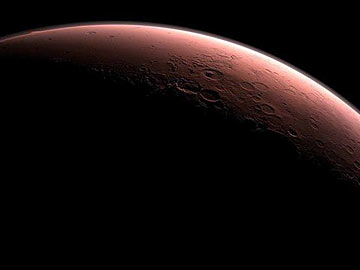 Besides investigating the formation of the rocky planet Mars, it would also probe how tectonic activity and meteorite impacts shaped the Red Planet.

The mission, that is scheduled to be launched in March 2016, would arrive on Martian surface six months later.

Bolden said, “The collaborative investigation on the Red Planet will give our agencies more information about the early formation of Mars. This will help us in understanding the evolution of Earth in-depth.”

The announcement comes two years after the US space agency NASA withdrew from a European partnership on a project called ExoMars, citing budget constraints.

Currently, the United States is running two missions on Mars with the help of its rovers: Curiosity rover (launched in 2012) and Opportunity rover (which recently marked its tenth year in operation).