You are here: Home / Technology / Microsoft Surface 2 Tablet Cleared For Use by Pilots

Microsoft Surface tablets have cleared the FAA established standards for being used on flights. What this means is that the pilots can now think about replacing the large and bulky paper baggage that they have to carry in their flight bags into the cockpit. The FAA has given the Class I and Class 2 certification for the Microsoft Surface tablets and this is given to other handheld devices too. The process is just the start of the complete one as airlines would yet have to seek the approval for clearing the usage of the device in the cockpit. What the clearance would however assist in is a faster processing of the case when it comes up.

The pilots as of now carry a weight of approximately 38 pounds in their flight bag, as per a report filed by Delta Air Lines. The airline had started the process of equipping all its pilots with the Surface 2 tablets last year. They had announced that it would help reduce not only the discomfort of the pilot in carrying that weight but also help in improving fuel efficiency of the flight by 1.2 million gallons a year. They had also mentioned about the eco-friendly aspect of the tablet as it would be saving on usage of paper which meant lesser trees being felled. They had taken up 11,000 pilots for being given the Surface 2 tablets in September last year. 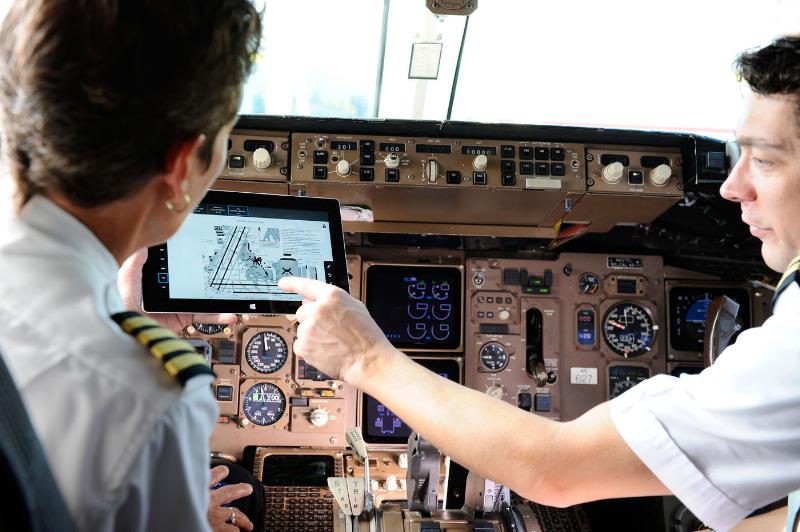 The clearance which the FAA has granted is only for the Surface 2 tablet. There is the Surface Pro 2 which is a higher end version of the Surface 2 but has not been given the certification. There is one more advantage that the Surface 2 tablet has over the Surface 2 Pro. It runs on Windows RT 8.1 and has very minimal of apps running on it. This would give the pilots better and clearer screen view as well as operating ease of the device while they are involved in the primary and more complex job of keeping the aircraft in air.