Glaciers are considered as the most sensitive symbol of the climate change. According to a study, conducted by Dartmouth College, Hanover, it was found that tropical glaciers show signs of shrinkage and retreat as a result of rising temperatures.

The study revealed that Peru’s Quelccaya Ice Cap, which is world’s largest tropical ice sheet, sitting 18,000 feet above the sea level in the Peruvian Andes, is melting at an accelerating pace in recent decades.

The ice sheets were melting over the decades due to the theatrical change in climate. Other factors like reduced snowfall are not the reason for this. 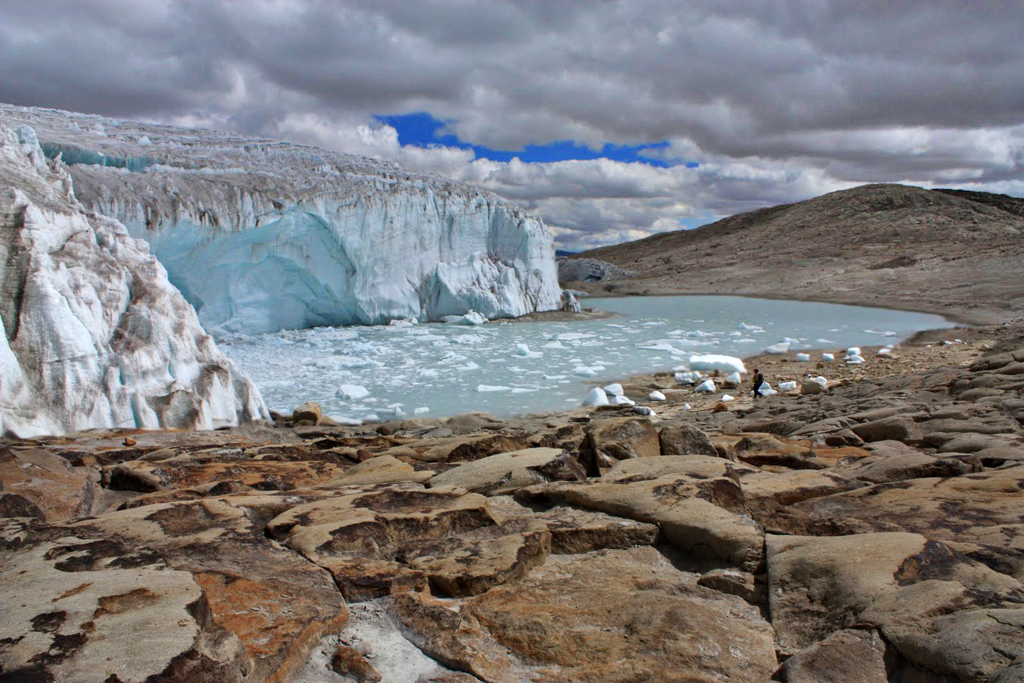 During the study, researchers also examined the rate at which the Quelccaya Ice Cap expanded.

The study, which was led by Meredith Kelly, Darmouth Glacial Geomorphologist, not only scrutinized the rate at which the Quelccaya Ice Cap expanded but also retreated over the past millennium by combining field mapping with the beryllium-10 surface exposure dating technique and the ice cores.

Using this technique they dated the thinning and shrinking over the past 500 years of the glacier called Qori Kalis, a major outlet glacier from the Quelccaya Ice Cap.