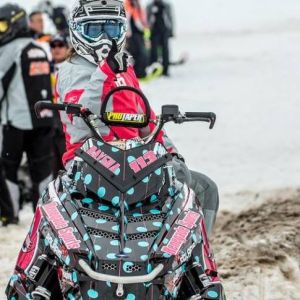 She was riding as a passenger on a snowmobile returning to the unloading area around 3:30 p.m, when the snowmobile “suddenly accelerated” as the driver of the snowmobile was making a turn and hit a tree, according to David Fryar of the Franklin County Sheriff’s Office.

Witnesses said Nielsen was not receptive after the accident.

Franklin County search and rescue crews responded and “attempted lifesaving procedures,” Fryar said, but they were unable to revive the woman.

Nielsen is the daughter of Rich Gladfelder, owner of Renegade Sports, 1903 South 800 West. Her facebook page suggests that she graduated from Sky View High School in 2010 and worked for Renegade Sports for the past 12 years.

Nielsen leaves behind her husband Cory Nielsen and a son.