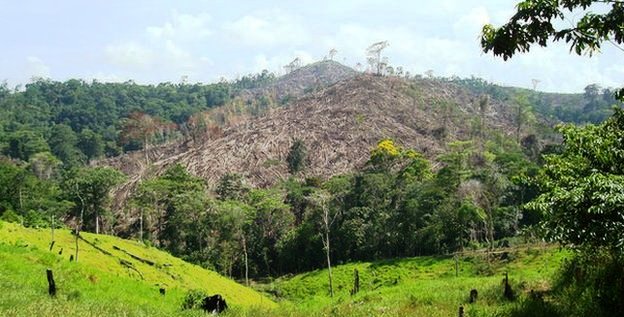 The craving for cocaine in Latin America is damaging precious rainforests leading to a gradual increase in rate of deforestation, according to a scientific new study released this week.

After setback of narcotics trade in Mexico in 2007, drug trafficking in Central America is increasingly affecting forests of Honduras and Guatemala.

The number of drug-related landing strips provoked UNESCO to declare the Rio Platano biosphere reserve in Honduras a “world heritage in danger,” in 2011.

Latin America is a critical geographic zone for drug trafficking. The Andean countries of Colombia, Peru and Bolivia are the world’s main cocaine producers, while Central America, the Caribbean and Mexico have become the primary passage for transferring of drugs into the United States and Europe.

The money acquired by smuggling of drugs egg on oil palm growers, ranchers and timber traffickers to enlarge their business.

The study was published this week in the journal Science. Lead author Kendra McSweeny, a geographer from Ohio State University working in Honduras for the last 20 years to learn how the population interacts with their environment, published the study. 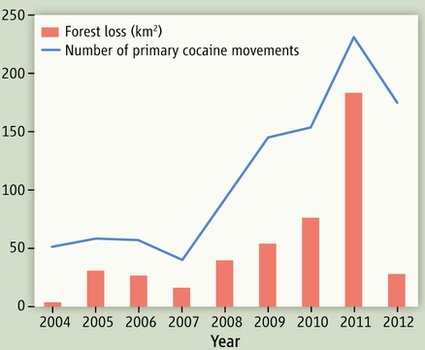 In Honduras homicide rate is highest and high officials are paid for concealing the truth to avoid obstruction in setup of plantation and ranches for illegal operations.

The report authors argue that there is critical need of conservationist to take some steps and push for major alteration in the employment of military force to embark upon the crisis.

“What 40 years of drug policy has taught us is that it might solve the problem in one place, but it’s pushing it into another,” said McSweeney, resulting in “spectacular human and ecological carnage in Latin America.”