GoPro has released 8-minute mini-documentary caught from its HD Hero 2 cameras. The footage will take you to the memorable event when Baumgartner has beaten the speed of sound.  A freshly uploaded video will give a quick recap of the ambitious jump from start to finish. He has jumped from his balloon 24.5 miles above the Earth and has reached speeds of up to 834 mph before his parachute opened. 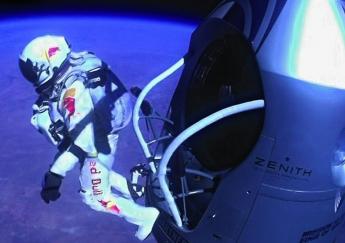 With his daredevil act, Baumgartner has became the first person in the world to break the speed of sound. He is also the first person to complete the highest and fastest skydive in the history. This was not the end of records that Felix made that day. He has made records for the highest balloon ascent and even the highest parachute jump.