You are here: Home / Health / Even your food packets are not safe: Report

Scientists have warned against the harmful chemicals that are found in food packaging, saying there is huge possibility of them leaking into the food and causing hazardous effects on your health.

The environmental scientists have cautioned that the synthetic chemicals found in the packaging, storage and manufacturing of packaged and processed foods may have adverse effects on your health. Pregnant women and kids are at higher risk. These dangerous chemicals may even impact fetuses growing in their mothers’ wombs.

The scientists have called them “food contact materials,” or FCMs. Experts say they are significant source of food contamination and the consumers are highly exposed to these dangerous chemicals at low levels throughout their lives. 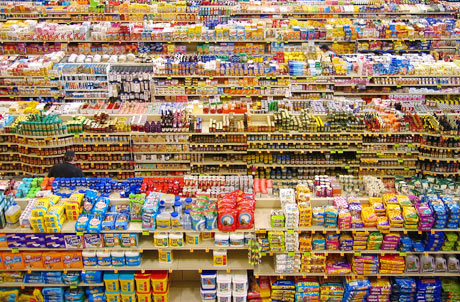 The study was published in the Journal of Epidemiology and Community Health.

Some of the harmful chemicals not good for your health include formaldehyde (present in plastic bottles used for carbonated drinks ), melamine, bisphenol A, tributyltin, triclosan and phthalates. These chemicals are usually found in small amounts in FCMs, the scientists write. However, the number of synthetic chemicals in FCMs tops 4,000.

According to the scientists, since most foods are packaged, and the entire population is likely to be exposed, it is important for the people to be more aware.