You are here: Home / Health / Death Toll Due To Flu In California Jump To 243

The flu death toll in California continues to climb at an alarming rate.

Dr. Ron Chapman, director of the California Department of Public Health, confirmed that 243 people in the state have died from the flu for the 2013-14 flu season.

The California Department of Public Health says 41 Californians died from the flu from last week. 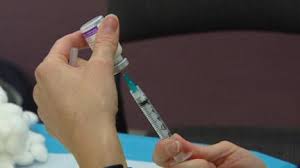 U.S. influenza activity appeared to be decreasing in the week ending Feb. 8 but remained high in many states.

Last year a total of 106 deaths were reported in California in the flu season.

Out of the 7,562 specimens tested nationwide, according to the weekly flu report by the U.S. Centers for Disease Control and Prevention in Atlanta, 16.8 percent were positive for influenza, down from 19.6 percent the previous week.

The prevailing strain this season is the H1N1 strain. The strain acutely affects young and middle-aged people.