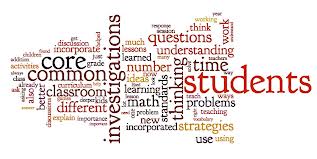 On Tuesday evening there was a rally held at the Utah Capitol by Utahns Against Common Core held at the Utah Capitol. It was commencement to their hard work to picture the standards “as a system that treats Utah’s children like political and corporate resources rather than as individuals have born with unique talents and needs,” according to a statement given by the group.

The Common Core State Standards are math and language arts standards adopted by Utah and most other states. It is an initiative funded by special interests and the federal government with the goal of nationalizing education.  They specify the minimum skills a student should learn in each grade and have been adopted by all but five states.

The rally was held seven months subsequent to a similar event last year, with many of the same allegation repetitive against what is seen by opponents as a federal intrusion into the Beehive State’s management of public education.

“We expect Utah legislators to take action. We expect you to listen to the people,” said rally organizer and anti-Common Core advocate Alisa Ellis. “This is an election year. We are taking note of who is with us and who is not, and we will be making our voices heard in the voting booth.”

After years of protests, debates, rallies and appeals for divine intervention, the Common Core remains, as do its opponents.

“This is outrageous,” organizer Christel Swasey said. “This takes away our humanity. It is an affront to our souls. It is wrong.”

The crowd contained about 400 people, filling every available chair and standing in a ring around the Capitol’s Hall of Governors.

The Utah state school board voted to adopt the standards in 2010 and they guide instruction in Utah schools. They were created as part of a states-led initiative.

Connor Boyack, president of the Libertas Institute, portrayed the Common Core as “anti-family” and said Utah needs to act to refuse the standards.

“I do not want government to regulate or indoctrinate my children or own them,” he said. “They are mine. God gave them to me.”