You are here: Home / Tech & Science / A trunk to sob on? Elephants can console upset pals

A latest survey has disclosed that Asian Elephants calm their pals whenever they are in a state of distress, by using physical touch and vocalizations so that they can feel relaxed and comfortable.

As per a leading author, Consolation behavior is rarely seen in the animal kingdom. It is foremost clear that elephants do display ‘consolation’ behavior, earlier only confirmed in great apes, dogs and crow species. Researchers spent almost a year watching a group of 26 caged Asian elephants at a camp in northern Thailand and discovered some surprising results. 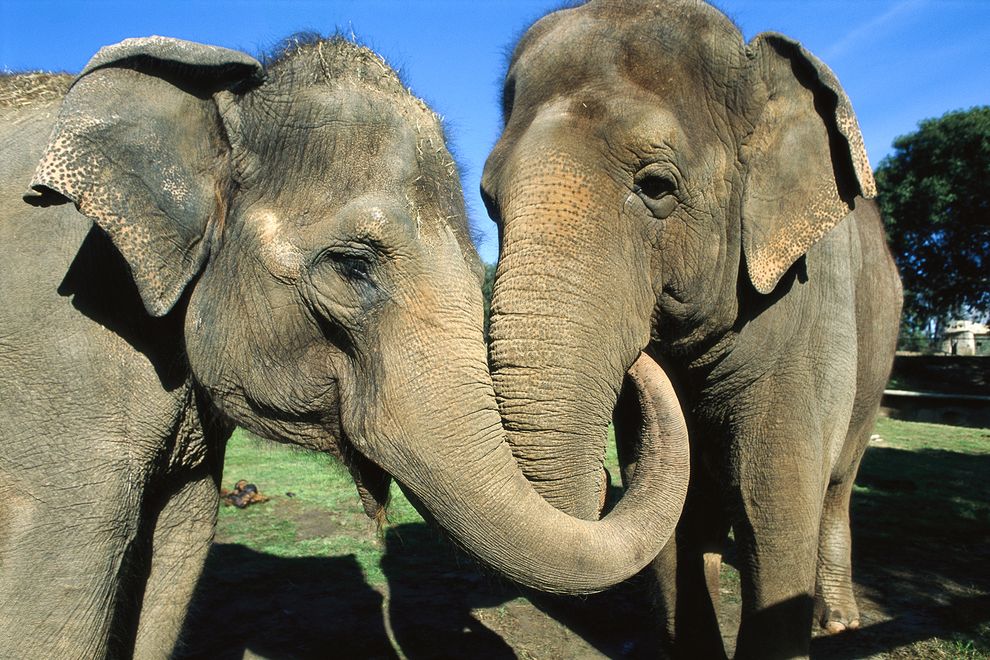 The researchers recorded instances when one of these elephant was upset or scared, as for example a snake rustling in the grass or by passing of a lion. In such cases, a nearby elephant would walk over and smoothly touch its upset partner with its trunk, or may even put its trunk in other elephant’ mouth. The ‘trunk in the mouth’ gesture shown by the elephant is equivalent to a handshake or a hug gesture most popular among the humans.

Elephants also respond to distress signals of other group members by displaying same emotional signals – a possible sign of sympathy. In addition, Groups of nearby elephants were much likely to cluster together and make physical contact with members of other group. This study symbolizes that elephants do get distressed when they see other elephants in distress, they try to calm them down, not like the way chimpanzees or humans embrace or cuddle when someone is upset.

The key to achieve consolation behavior is sympathy that is the ability of putting yourself emotionally into other person’ place. This requires complex thinking due to which it’ rarely seen in animals. The scientists who conducted the research were surprised to see that elephants can recognize themselves in mirrors and may even co-operate to solve other elephant’ problem.