In what can be termed as one of the most horrifying incidents of accidental shooting in recent times, a 3 year old shot his 17 month old sister with his father’s gun. Fortunately, docs have stated the toddler has every possibility of making it through. What is being considered the most positive aspect of the entire shooting drama is that the bullet has not pierced any of the toddler’s vital organs or her bones. The incident occurred on Thursday morning in Patterson Springs, North Carolina when the parents were engaged in some renovation work in their home.

The 0.9mm gun was placed in the dresser which the child, left unsupervised, managed to climb using a step stool and get hold of. Ironically, Justin Carper who holds the license of the gun writes on parenting in a local newspaper, Shelby Star. He is not a paid writer for the newspaper but is known to contribute regularly on parenting issues. The child’s mother called 911 and then rushed the little girls to the Cleveland Regional Medical Center. From there the toddler was air-lifted to the Levine Children’s Hospital where she is being treated at present. The mother said she has seen two bullet holes though the bullet seemed to have gazed the girl’s left shoulder blade. 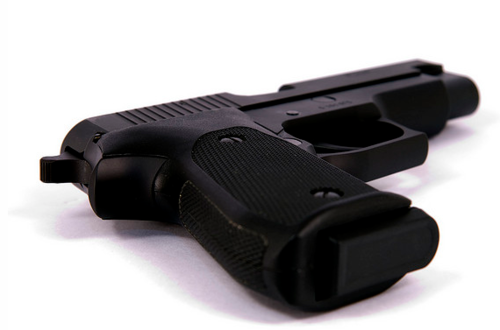 Police has not arrested or framed any charges against Carper so far. Those at the Cleveland County Sheriff’s Department said they will discuss the matter with the local attorney to decide if charges will be filed against Carper. The law enforcement agencies said they are in no hurry to prosecute Carper right now as they don’t see him as a threat to anyone or the society. What everyone is looking forward to is a speedy recovery for the 17 month old girl.