You are here: Home / Tech & Science / 1 in 4 Americans Unaware That The Earth Circles The Sun 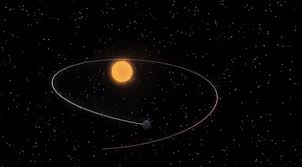 A new report released Friday by the National Science Foundation says that one-quarter of Americans are in the dark about the basic fact that the Earth revolves around the sun.

In 2012, when asked to 2,200 Americans by the Foundation, it was found that 26 percent of people believe the sun moves around the Earth. The survey is conducted every few years to check the educational progress of America.

The foundation says that’s frightening, claiming that is why this nation needs more money invested in teaching science in school.

When asked whether the universe began with a huge explosion or not only 39 percent answered correctly.  Surprisingly only 51% knew that antibiotics don’t kill viruses.

However about 90% of respondents were keen about science, and 1 in 3 thought it should get a hold of more government funding.