You are here: Home / Health / Yoga Can Reduce Fatigue And Inflammation In Breast Cancer Survivors 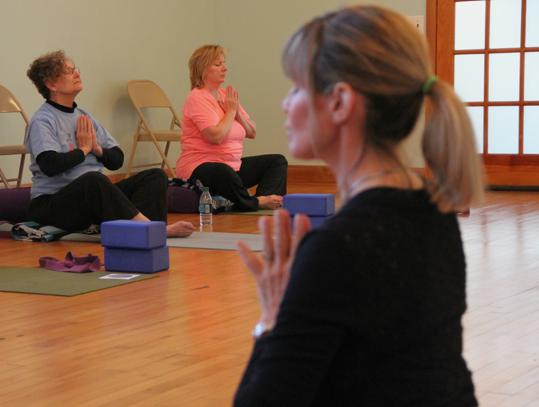 A new research say that if a woman practices yoga for as little as three months it can beat fatigue and lower inflammation in breast cancer survivors. The fatigue can result from chemotherapy and radiation.

“Even some years out from breast cancer treatment, anywhere from 30 to 40 percent of women report substantial levels of fatigue,” said study author Janice Kiecolt-Glaser, a professor of psychology and psychiatry at Ohio State University in Columbus.

The research was made on 200 women aged 27 to 76, novice to yoga. They all received the cancer treatment within the last three years.

The women were randomly divided in two groups. The first group took 90-minute hatha yoga sessions each week for three months. The second group was the control group and was placed on a waiting list.

Results showed that on average, fatigue was 57 percent lower in women who had practiced yoga in comparison to the non-yoga group, and their inflammation was reduced by up to 20 percent.

National Cancer Institute, which funded the trial, stated in its website, “Studies show that some patients continue to have moderate-to-severe fatigue years after treatment.” Besides lack of sleep, anti-estrogen drugs like tamoxifen given to many breast cancer patients for 5 to 10 years after their diagnosis to avoid reappearance can also add to fatigue.

“It’s pretty consistent now across a number of different studies that yoga can be useful for improving symptoms like fatigue and sleep disturbances, which are extremely prevalent in breast cancer survivors and cancer survivors, in general,” said Lorenzo Cohen, director of the integrative medicine program at M.D. Anderson Cancer Center in Houston.

Glaser recommended starting with a hatha yoga class, a restorative form that focuses on gentle stretching and a period of resting meditation at the end.

“Yoga has many parts to it – meditation, breathing, stretching and strengthening. We think the breathing and meditation components were really important in terms of some of the changes we were seeing.”

The study is published in the Journal of Clinical Oncology on Jan 27.