The whale shark, the largest known extant fish species, is falling prey to a growing US demand for fish oil products, according to a Hong Kong-based wildlife conservation group.

The aquatic animal is illegal to catch in most places and illegal to process in China.

According to an investigative report released by NGO WildLifeRisk, at one of the fish processing plants in China’s eastern Zhejiang province, workers attempt to process their annual estimated 600 whale sharks a year. Here, it is a lucrative business for the fishermen. They get a hefty 200,000 yuan (USD 31,000) for each shark.

Alex Hofford and Paul Hilton of WLR, two activists who were contacted by a local conservation group, went to investigate several times. Armed with a camera and audio recording equipment, they posed themselves as buyers. 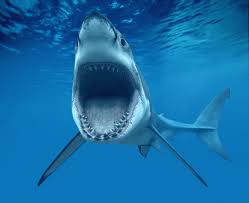 Their findings were shocking. “It’s a lot of carnage in one place, a lot of damage. It was pretty overwhelming,” they said in a report released last week.

The animal, which can grow to a full 12 meters in adult form, is dying out. It is therefore forbidden to hunt them in most countries. But in South China Sea, off the Chinese coast, the fish continues to be hunted.

It is a migratory animal and travels as far as Australia, the Philippines and Mexico.

The problem that keeps feeding the business is North America’s growing demand for fish oil products. The products include – medicine, cosmetics and many more.

The industry continues to boom, with prices almost quadrupling from 2009’s USD 620 per ton of fish oil to USD 2,100 in August 2013. Last year alone, Americans are estimated to have bought USD 1.2 billion in fish oil products.

According to Li Guang, the manager at the plant, speaking to the NGO’s researchers, in China’s domestic market, the animal is valued for its fins and parts of its stomach, which are considered delicacies in Chinese cuisine.

The meat is then sold to neighboring countries and restaurants around Europe, the manager added.

Guang, unaware of the fact that he was being filmed, said that shark oil product containers are being mislabeled as tilapia – a common local fish.

Notably, the whale shark is not the only species going under the knife. Blue and basking sharks form part of the 300-ton annual exports in shark liver oil.

According to Chinese laws, all the species are protected in the country and they cannot be hunted without a special permit.

The Basking and Whale sharks are being listed Appendix II animals by the intergovernmental convention on International Trade in Endangered Species of Wild Fauna and Flora (CITES).

The Great White shark is another species now being considered for the status. The NGO is of the view that something needs to be done to curtail the trade in order to protect the shark’s natural habitat.

Activists believe the animal is worth far more alive than dead. They cite the Pew Environment Group: “In regions where whale sharks are known to aggregate, ecotourism has proven to be an extremely lucrative alternative to fishing. It has been estimated that whale shark tourism, mainly through recreational diving, is worth about USD 47.5 million worldwide.”

Something that can be done now, WLR believes, is to get consumers to change their attitudes toward whale shark liver products. Trading in the animal is not only unethical, but unsustainable, the organization believes. Therefore, individuals must take responsibility for breaking the law, they say.