You are here: Home / National News / ‘We can claim what we are’, says ‘Sister Wives’ family on polygamy ruling

Hailing the December 13 polygamy ruling, the polygamous family that stars in the TLC reality TV show “Sister Wives” said they felt humbled when they in found the judgment in their favor.

Kody Brown and his four wives (who stars in Sister Wives) had filed a lawsuit against Utah in July 2011 after they fled the state for Las Vegas under the threat of prosecution.

“I am happy for all those families who had lived and loved in obscurity, just in secrecy for over 100 years,” Kody Brown told a news agency in a telephonic interview. 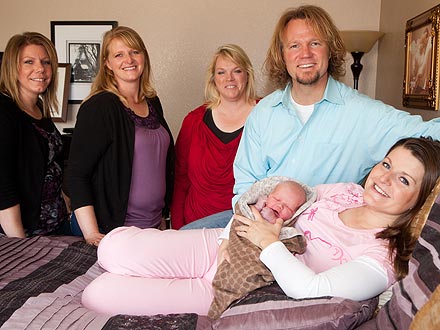 While pronouncing his judgment on December 13, U.S. District Judge Clark Waddoups said, “One of the provisions in Utah’s bigamy law forbids cohabitation with another person violated the First Amendment that guarantees the freedom of religion.”

Kody and his four wives- Meri, Janelle, Christine and Robyn – expressed hope that the verdict may help in improving the life of Utah’s polygamous families who have been living fear for years.

Christine Brown, Kody’s third wife, said, “No more fear now. We can now fully claim who we are. We wish the same for every plural family in Utah.”

Meanwhile, the office of Utah attorney general is still undecided over appealing the ruling.

It is noteworthy, the ruling has only decriminalized polygamy and not bigamy, which is still illegal. Bigamy is holding marriage licenses with multiple partners.

There are an estimated 38,000 fundamentalist Mormons who practice or believe in polygamy. A huge population of such families is living in Utah and other Western states. Most of Utah’s polygamous families have the man legally married to one woman. However, he is “spiritually married” to the others.