You are here: Home / National News / Utah’s Avalanche survivor credits his friends for saving his life

A 28-year-old Utah man, who survived after being buried two feet inside the snow during an avalanche in Logan Canyon in southeast Idaho, thanked his fellow snowmobilers to save his life.

“I feel extremely blessed,” Matthew Morgan, a snowmobiler from Farmington, said on Wednesday from a wheelchair in Ogden’s McKay-Dee Hospital.

Recalling the incident, Morgan said, “It was very horrible. The first thing I remember is my friend calling my name and … brushing the snow off my face.”

He credited his friends and their practice at snow rescues for saving his life. 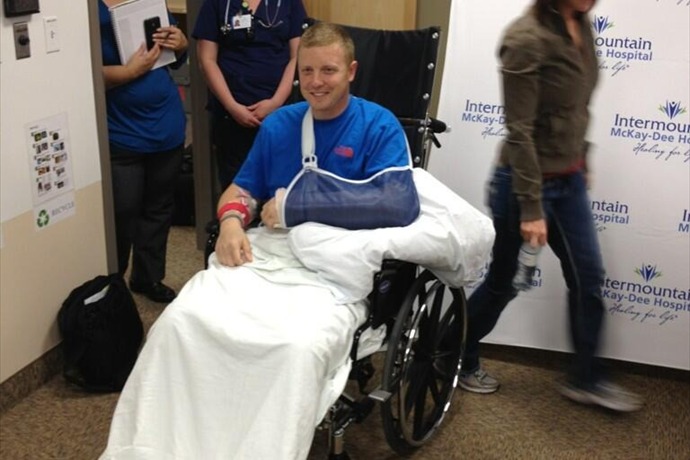 Emilee Morgan, wife of Matthew Morgan, said, “There was a little bit of shock. But I knew the type of guys he was with  were well prepared, and I knew he was going to be OK.”

Morgan got caught in the avalanche near the Utah-Idaho border at about 1:30 p.m. on Saturday while riding with four others. He broke both femurs and his left arm in the accident and is recuperating to the treatment.