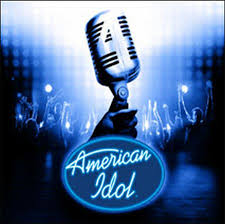 American Idol returned to Salt Lake City, Wednesday night. It is the hometown of Season 7 runner-up David Archuleta and the place where radio stations play more former Idol contestants than any other American city.

“There are a lot of talented people in the world – and they all come to American Idol,” said one of the judge Harry Connick Jr.

Kenzie Hall, 17, is one rising star from Draper. The girl who had Connick “at diminished” was featured in promos for Wednesday’s episode. She auditioned with John Mayer’s I’m Gonna Find Another You. The hopes are there that she would make to the semifinals easily.

She sails to Hollywood on three yes votes.

“A lot of it was my mom,” Hall said. “I have to blame her and thank her for a lot of it. She just wanted me to take as many opportunities as I could.”

She grabbed the golden ticket without any formal vocal coaching.

“Being honest, I heard “American Idol” was coming to town and I always told myself, ‘I don’t want to have my career started from a TV show,’” she said. “I always said that I wanted to make it on my own.”

Kenzie decided to traverse the stardom path due to her Mother.

“Around I think six in the morning, she came in and said, ‘I have an outfit for you, wake up, and get in the car, bring your guitar’ and I was like, ‘What’s happening?’ and little did I know she was driving me straight to the “American Idol” auditions,” she said.

“When I’m on stage and I have my guitar all of the anxiety goes away and that’s where I’m most confident and most comfortable,” she said.