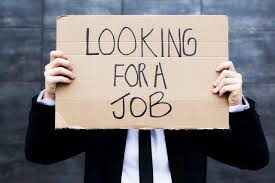 Since March 2013, Utah’s jobless rate has lingered below 5 percent.

December was the 5th month in a row having Utah’s job growth below average.

The Department of Workforce Services reported Friday that the Utah’s nonfarm payroll employment for December 2013 grew by about 1.8 percent, adding 22,500 jobs to the economy in contrast to December, 2012.

Nationally, the out of work rate turned down 0.3 percent to 6.7 percent overall.

In the third quarter of 2013 the census numbers up to September 2013 shows great employment growth than the original estimation, said Utah Department of Workforce Services chief economist Carrie Mayne.

The largest increases in job were in education and health where each sector gained 7,700 new jobs. The trade, utilities and transportation sectors both gained 6,800 jobs; and leisure and hospitality provided additional 3,500 new positions. But government employment tapered by 5,200 jobs during the same period.