You are here: Home / Business / Utah Cities Among Top in Milken and Harvard Rankings 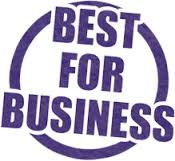 SALT LAKE CITY — Augmenting the business reign of Utah, a recent report from the Milken Institute ranked the Provo-Orem area at second position and Salt Lake City at fifth on its list of the “Top 25 Best-Performing Large Cities” for business.

Spencer P. Eccles, executive director of the Governor’s Office of Economic Development said, “Having two Utah cities recognized as ‘best performing’ in a study that takes into account the largest cities in the nation is a huge accomplishment.” “This accolade speaks to the hard work being done in the state to create a business friendly environment focused on recruiting and retaining top companies.”

The study rankings were based on data from both long- and short-term growth in the wages, salaries, jobs as well as technology output. Provo-Orem advanced five spots from its last year’s ranking. The credit of which can be given to the growing technology sector and high job growth rate, according to the report.

The technology sector in this area is supported by large companies like IM Flash, Ancestry.com and Adobe. Provo-Orem is one of three U.S. cities with Google Fiber, a superfast fiber-optic service.

Salt Lake City ranked No. 5 on the Milken list due to a diverse, consistently growing economy and its adaption of positive outlook for the future, the report stated. During 2012, Utah’s capital city added 2,600 professional, scientific and technical services jobs, a gain of more than 7 percent from last year.

The Milken institute rankings are strengthened by yet another study proposed by researchers at Harvard University and the University of California at Berkeley. The study, The Equality of Opportunity Project, mapped the 10 best and 10 worst cities for economic mobility in the United States. The list had Salt Lake City as the topmost city for economic mobility.

The uniformity between the two studies is the top rankings for cities in Texas, Washington, California and Utah.