You are here: Home / National News / Utah And 10 other states Declared As Drought Areas 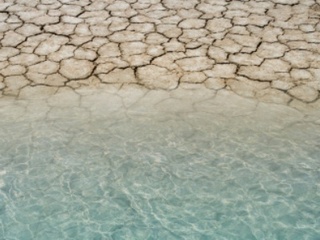 LAS VEGAS: Federal officials have selected sections of Utah and 10 other drought-ridden Western and Central states as primary natural disaster areas, because of a drought.

Tom Vilsack, agriculture Secretary said in a statement that he express his sympathy with the farmers and ranchers because they have to deal with the deficiency of rain and snow, and guaranteed them that agriculture department will stand by them.

The designation implies farmers are eligible for low-interest emergency loans from the Agriculture Department.

Vilsack said he and President Barack Obama want to ensure that agriculture remains a bright spot in the nation’s economy.

The U.S. Drought Monitor, reports that while storms have discarded rain and snow in the East, droughts are enduring in the West. An edge of high pressure is the reason for keeping storms off the Pacific coast and guiding them to the East.

The U.S. Drought Monitor is a federal website that tracks drought.

The worst hit states are California, Oregon and Nevada. More than 62% of the state of California is now in “extreme” drought. The governor, Jerry Brown called it “perhaps the worst drought California has ever seen since records began being kept about 100 years ago.” The entire state of Oregon is now completely in a drought, while the state of Nevada is just under 97%.

Extreme drought is the second-worst class of drought.

“What we’re seeing meteorologically is a blocking pattern that is deflecting all the storms,” said Brian Fuchs, a climatologist with the Lincoln, Neb.-based National Drought Mitigation Center. “There really hasn’t been a lot of indication that this pattern is breaking down.”

Poor snowpack is threatening area reliant on major western rivers, and no quantity of wet winter weather in the East can ease the pain, officials said.

“Once you cross the Rockies, nothing on the East is going to help you,” Fuchs said.