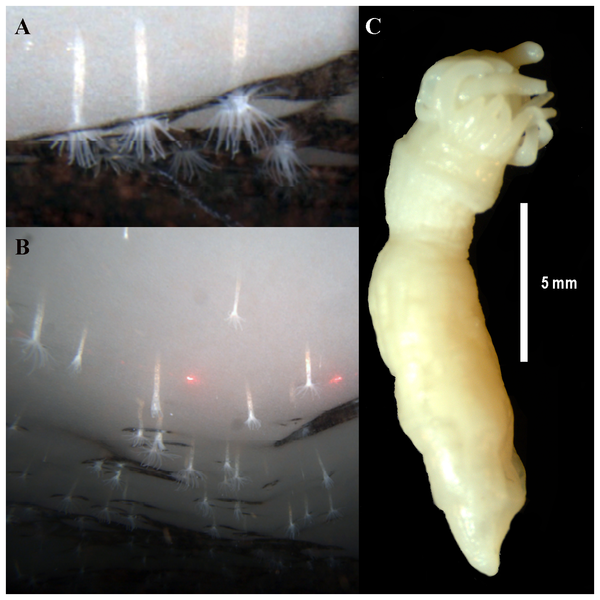 As an add-on to the mystery of nature, scientists exploring the Ross Ice Shelf faltered on something totally unforeseen. Ross Ice Shelf is Antarctica’s largest floating body of ice.

Researchers from the Antarctic Geological Drilling Program, or ANDRILL, discovered a new species of anemone growing upside down in the Antarctic ice. 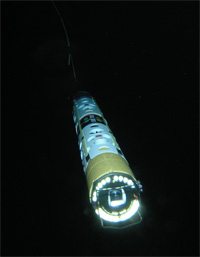 A cylindrical robot accidentally discovered the upside down anemone, Edwardsiella andrillae, the only known anemone to do so. The robot called SCINI (Submersible Capable of under Ice Navigation and Imaging) is a part of ANDRILL that is designed to study ocean currents.

“It is an absolutely astonishing discovery — and just how the sea anemones create and maintain burrows in the bottom of the ice shelf, while that surface is actively melting, remains an intriguing mystery,” said NSF Antarctic Sciences Section head Scott Borg. “This goes to show how much more we have to learn about the Antarctic and how life there has adapted.”

The size of anemones ranged from 0.63 to 0.79 inches (16 to 20 millimeters) in length. They were opaque-white in color with a stringy body topped by delicate-looking tentacles. The discoverers are not certain of their diet, how it reproduces, or even how it mines the burrows into the ice shelf.

The researchers also noted several other odd species living underneath the Ross Ice Shelf, including a fish that swims upside down, treating the base of the ice shelf like the sea floor. They also saw an unknown organism they dubbed the “eggroll” based on its shape, size and color.

Another expedition is now being prepared, with help from NASA, which hopes to use the research for its planned mission to Europa. The team is developing a robot that can withstand greater depths, and hope to return to Antarctica by 2015.