You are here: Home / National News / Two die in crash at Gaithersburg 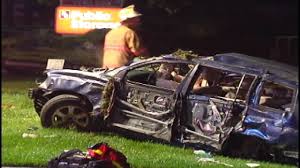 Police is investigating the crash in which two individuals lost their lives. The incident took place in Gaithersburg.

The native county police said that the crash occurred on Saturday around 7p.m in the evening, at the intersection of Quince Orchard Boulevard and Quince Orchard Road.

Police notifies in the primary investigation that the Dodge Durango heading west on Quince Orchard Road rammed in the silver Acura TL as it was trying to take the left turn into the road’s eastbound lanes, from Quince Orchard Boulevard. The Acura TL had a green light whereas the Durango had a red light.

The driver of the Acura was thrown off from the vehicle and was pronounced dead on the spot. The Dodge’s driver was taken to the hospital where he took his last breath.