“Let it stand,” the crowd said, referring to the December 20 federal district court ruling over the gay marriages. 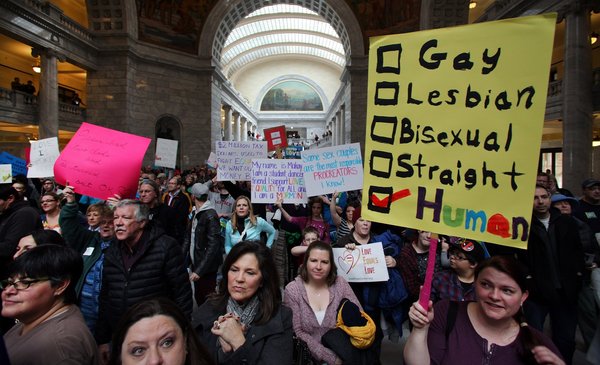 On Monday, the Supreme Court halted the federal district judge’s decision, suggesting that the judicial system of the state needs more time to deliver a landmark verdict of recognizing a right to gay marriage.

Troy Williams, one of the event organizers termed the rally as “electric.”

Hailing the feds decision, Williams said, “This exciting decision reminds us that we, as gay Utahns, are still protected by the Constitution.”

Echoing similar views, Moudi Sbeity, one of the plaintiffs in the Utah court case, said, “I was surprised when Governor Herbert said he would not honor the licenses that were issued because it’s technically illegal for him to do so.”

The Obama administration announced that the U.S. would recognize as lawful the marriages of about 1,300 same-sex couples in Utah, even though the state government is largely refusing to do so.