The recent case of a 13-year-old girl Calif. girl, Jahi McMath, who was declared brain dead after she underwent a tonsillectomy procedure, has brought some of the startling facts about the complications of this medical procedure into light.

A new study has revealed that the effects of tonsillectomy depend upon the place from where you get the procedure done.

Young McMath was declared brain dead after she suffered extreme bleeding from a tonsillectomy procedure for sleep apnea. She was shifted to another facility after the hospital where she underwent surgery refused to continue to provide support, including a ventilator.

Scientists say, the chance of a child dying during a tonsillectomy was about one in 30,000. 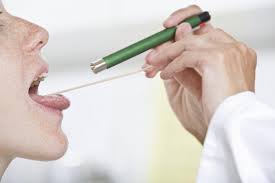 The researchers analyzed the tonsillectomy cases at 36 children’s hospitals. Around 140,000 kids underwent the procedure at these hospitals.

During the study, it was fund that  the facilities provided different levels of antibiotics and the steroid dexamethasone. It was found that the doctors gave children dexamethasone 76 percent of the time. Moroever, about 16 percent of kids received antibiotics after having their tonsils removed. Earlier researches have said that antibiotic use after the procedure is not beneficial.

The researchers also found that there were huge differences in the frequency of both prescriptions by the hospitals.

A shocking 8 pc of the participated children went back to the hospital within 30 days after the surgery. They suffered bleeding, excessive vomiting or dehydration.

The study was published in Pediatrics on January 20.