Space discoveries may have amazed us many times. Even there are many who have thought of becoming astronauts. But have we ever thought what a risky life these astronauts live when they are in the space on a mission.

Humans have adapted themselves to live in the harshest of atmospheric conditions. Be it semi-arid grasslands in Africa or the frozen tundra in Siberia and steamy jungles of South America, they have found a way to beat the weather conditions. But, living in space and facing its unknown challenges is still no defeated by the humans.

While on space expeditions, the astronauts’ bodies have to suffer weightlessness and deadly radiations. These rays impose dangerous threat on their bodies. 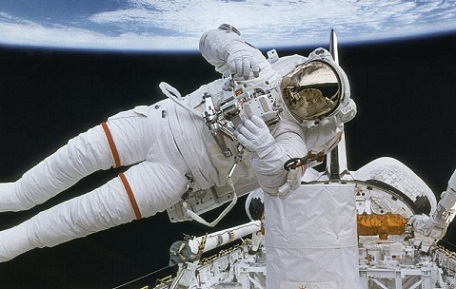 Citing examples of two astronauts who went to space in 2009, researchers have tried to throw light on their problems and their love for their profession despite immense threats.

Astronauts Dr. Michael Barratt and Dr. Robert Thirsk were on their six-month mission aboard the International Space Station (ISS). During their mission, they found that they both were suffering with farsightedness. The spatial conditions worsened their eye power. Blotches were formed on their retinas with swelling on their optic nerves because of their space flight.

This forced US space agency NASA to examine eyes of astronauts before, during and after every flight to the space station. There are plenty of health woes for the men working in the space stations. They are at higher risk of developing cancer because of simulated cosmic rays. Another health risks is bone and muscle loss, which is caused by zero-gravity in space.

In such a scenario, the space agencies need to think in greater depth about the health hazards of space missions.