You are here: Home / Health / Sitting more and exercising less? Your heart is at risk

Do you have a desk job or you spend maximum time while sitting? If your answer is yes, then you need to worry as your may be at risk.

A new study has suggested that those who sit too much and exercise too little have high chance of heart failure.

Study’s lead author Deborah Rohm Young says the risk of heart attack was found more than double among men who sat for at least five hours a day and didn’t exercise very much as compared to those who were physically active and sat for less than two hours a day.

Young explains, heart failure is stage when the heart muscle stops pumping blood adequately. However, it does not stop beating. 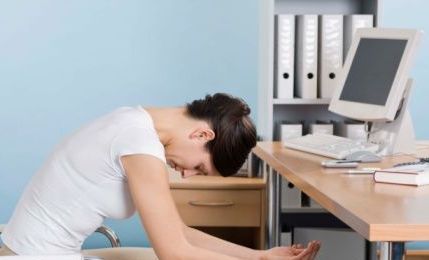 Research has also highlighted several adverse effects of sitting disease. It found that too much sitting can increase risk of type 2 diabetes and death from cancer, heart disease and stroke.  It may also affect mood and creativity among the non-exercisers

A government report shows, almost half of Americans reported sitting more than six hours a day.  Out of them, 65% used to spend more than two hours a day watching television.

For the latest study, the researchers followed more than 82,000 men, in the age group 45 to 69, for up to 10 years. There physical activity and daily routine were closely observed. Following were the observations:

• Men who sat five or more hours a day, outside of work, were found to be 34% more likely to develop heart failure than their counterparts, regardless of how much time they spent on exercising.

• Men who were the least physically active were 52% more likely to develop heart failure than there active counterparts. There time spent on sitting was not considered.

• Men with hypertension and coronary artery disease who exercised regularly and sat less had lower levels of heart failure.

The findings of the study were published in the American Heart Association’s journal, “Circulation: Heart Failure”.