You are here: Home / National News / Pollution-plagued northern Utah to get a little breather

A weak storm system, bearing gusty winds, is due to reach pollution-plagued northern Utah on Thursday providing a little breather to people of the vicinity.

The federal Environmental Protection Agency on Wednesday predicted the Wasatch Front’s metropolitan areas would rival central California for having the dirtiest air in the country.

The DAQ had already imposed ban on wood-burning stove and open burning. It had had also urged people to avoid driving and use mass transit. 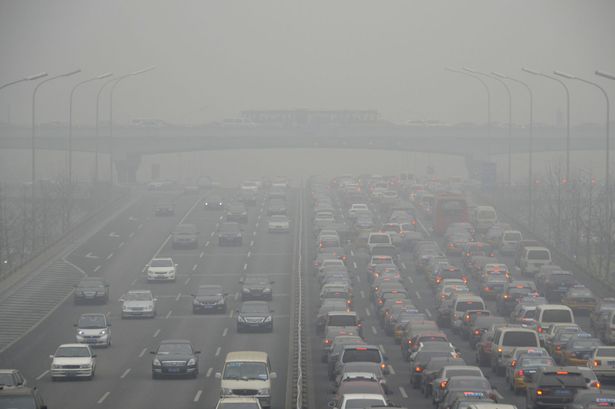 The elderly, young children and those with heart or lung ailments have been rated ‘sensitive groups’ and are of  Duchesne and Uintah counties.

The forecast department had called for smoggy skies and high temperatures in the upper-30s along the Wasatch Front for Wednesday.

Thursday has been predicted to begin clearing as winds of 15-25 mph, and gusts topping 40 mph, kicked up.

The concerned department mirrored Wednesday’s forecast for Thursday in the Southern Utahns. The region will bask in the upper-50s under partly cloudy skies tomorrow. Lows were to be in the upper-20s.

Mountains of Logan and the Uintas have been put under considerable risk for potentially deadly snowslides by the Utah Avalanche Center.

The rest of the state’s slopes were graded at moderate risk.