You are here: Home / National News / Plane made emergency landing in field after engine fails 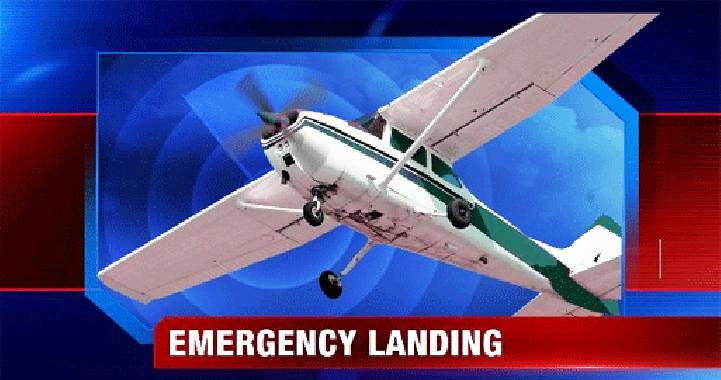 A Cessna Centurion aircraft made an emergency landing near Salt Lake International Airport Wednesday afternoon. The pilot was alone and didn’t suffer any injury.

The plane came down three miles northeast of the airport reportedly because of lack of fuel, according to airport officials.

Airport spokeswoman Barbara Gann said the Cessna Centurion crashed in the area of 2100 North and 1700 West, near an ATV park just before 2 p.m.

All of the runways were closed at the airport for 20 minutes, as per the protocol.

Johnny Longhaul who was working with a road construction crew near the area the plane went down said, “For whatever reason, we just looked up and saw this plane. Because the airport is not right there but the altitude was so low, you thought, ‘What’s this dude doing?'” . “He was losing altitude in a hurry and then turned around, like did a sharp banking turn. He was westbound and losing altitude, and he was really, really low at this point. I would guess maybe 100 feet in the air when he did that turn.”

One Southwest plane flying into Salt Lake City diverted and landed in Ogden, Gann said. The plane waited for Salt Lake City International Airport to reopen before taking off again and completing its original flight.