You are here: Home / Health / Over 50 percent US women ill-informed about their reproductive health, baby making

Researchers have made some glaring exposure about the women in the US who have attained age of reproduction. They say about 50 percent of them are not informed about baby making and have never discussed about reproductive health with a medical provider.

Dr. Jessica Illuzzi, an associate professor at the Yale School of Medicine, said in a statement, “The study brings in light the ill-information and poor pregnancy knowledge among the US women. They hardly know about their reproductive health and talk about it to the doctor.” 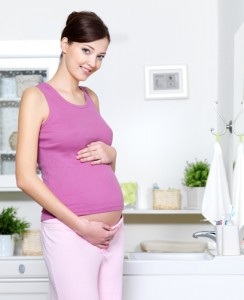 The study was concluded following an online survey of 1,000 women in the age group 18 to 40. The participants of the survey were proper representation of all ethnic and geographic regions of the U.S. census. Questions were designed in such a way that the knowledge, attitudes, beliefs, and practices of the participants regarding conception, pregnancy, and basic reproductive health-related concepts be analyzed.

The study was published in Fertility & Sterility.

The researchers found that of all only 30 percent visited their reproductive health provider but less than once a year or never. It was also found that 40 percent of the reproductive-age women surveyed expressed concern about their ability to conceive.

About 50 percent of the women were unaware that multivitamins with folic acid are recommended to reproductive-age women to prevent birth defects. More than 25 percent were unaware of the adverse effects of sexually transmitted diseases.