In a major achievement for NASA’s Opportunity Rover, that celebrates its 10th anniversary today, the Mars rover has discovered concrete evidence about presence of fresh water on the red planet.

The Opportunity rover was launched on the flat plains of Mars ten years ago on January 24, 2004. After its landing, the rover rolled into an impact crater about whose existence the scientists were not informed. 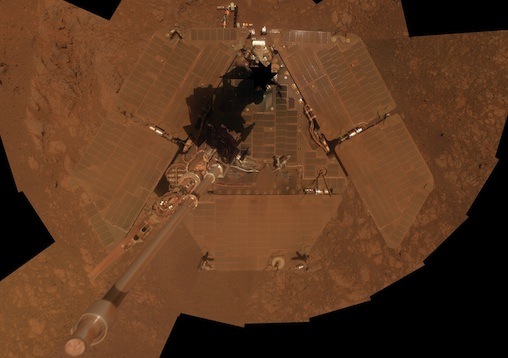 Highlighting the objective of Mars rover mission, he said, “NASA is exploring Mars in order to better understand our planet Earth. Mars can help us in understanding its geological and environmental processes that includes habitability, traces of life and others.

In August 2012, NASA’s another rover- Curiosity- landed on the red planet. Its aim is to understand the essential ingredients for life and whether they exist on Mars.