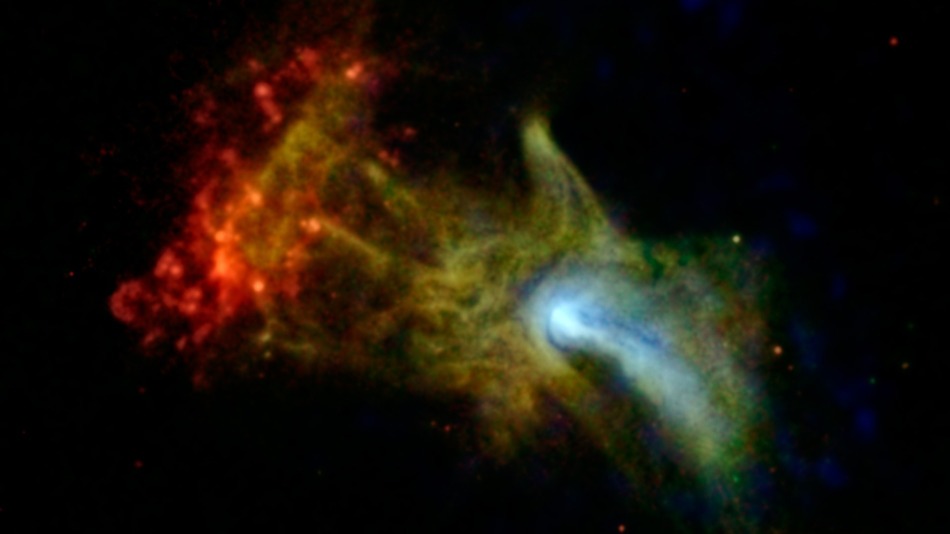 Showing a perfect amalgamation of religion and astronomy, NASA has released splendid new images, including an image of a celestial object that has a similar resemblance to “hand of God” captured by its powerful “black hole hunting” Nuclear Spectroscopic Telescope Array (NuStar) launched on 13 June 2012.

NuStar’s is currently operating at the University of California, Berkeley campus.

The hand produced when a star exploded in a supernova, ejecting an “enormous cloud of material”, this is visible in the blue region in the image. The Chandra X-ray Observatory had captured the green and red parts using lower-energy X-rays, previously.

“The dead star, which is refered as a pulsar, is the leftover core of a star that exploded in a supernova,” NASA says.

The X-ray illumination is presumed to be the outcome of the interaction of the expelled material with magnetic fields nearby in space.”We don’t know if the hand shape is an optical illusion,” Hongjun An, of McGill University in Montreal, said in a statement. “With NuSTAR, the hand looks more like a fist, which is giving us some clues.” 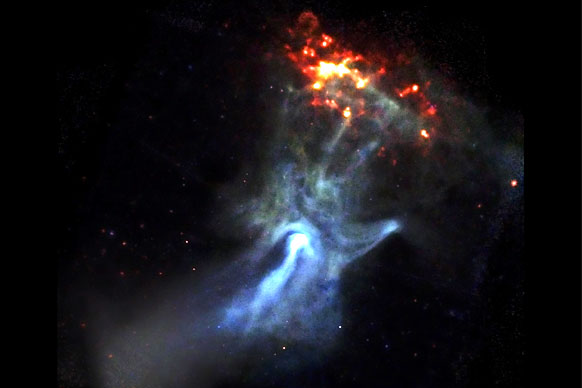 The red cloud appearing at the fingertips is a separate structure called RCW 89. According to the astronomers the wind from the pulsar can be the reason of heating the cloud which in turn produces the low-energy X-ray glow.

The phenomenon in which similar objects are visible, like the “hand of God” in this image, in otherwise vague images is known as pareidolia. Pareidolia also include seeing different faces in the clouds, or the presence of human structure in the moon. EVen after having supernatural appearance, the Hand of God was produced by natural astrophysical phenomena.

The NuSTAR team hopes to be able to provide many more specifics about the phenomenon of black holes and how they “grow and interact with” galaxies.