Music is the best medicine. A new study has given a scientific evidence for the same. The study says, working with a therapist to create music videos may help young patients of cancer feel better.

The music helps these patients who are struggling from deadly disease like cancer to feel good about themselves and also give them courage to handle the situation, the study suggests.

Study author Joan Haase says, the teens and young patients who made the music videos were found feeling better as they felt their family and friends very supportive. This helped them to cope with their cancer in more positive ways. 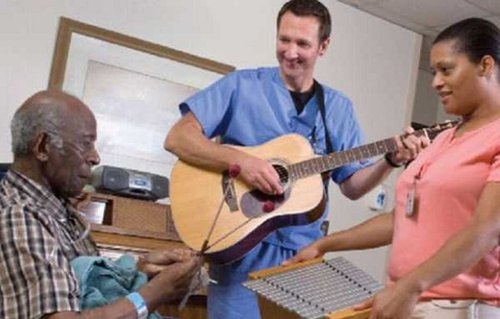 “There’s a lot of issues that they deal with. Music gives them courage to deal with the situation,” said Joan Haase, who works at Indiana University School of Nursing in Indianapolis.

For the study, 113 young people between ages 11 and 24 were taken as participants. The participants were getting treatment for cancer with intravenous infusions of stem cells. Most of them had leukemia or lymphoma.

Highlighting the plight of these patients, the researchers said, patients have to undergo chemotherapy or radiation to get their cancerous cells wiped out of their system. In the process, their immune systems become very weak.

These participants were introduced to a music therapist six times for about three weeks while they were in the hospital.
Half of them were randomly assigned to work with the therapist on making a music video. Their work included writing lyrics, recording a song and selecting art. While others were only assigned to listen to audiobooks.

The music video program was designed in such a way that the young participants found them more involving. At the end of the study, young people in the music video group could invite their family and friends to a video premiere.

The researchers concluded that the music made them more optimistic and positive than those who had listened to audiobooks.