You are here: Home / National News / Man claimed to be rock star to avoid medical bills 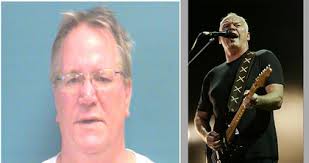 ST. GEORGE, Utah:  A Minnesota man, accused of using the identities of rock stars to avoid his medical bills, while getting treatment at Dixie Regional Medical Center missed his court date Tuesday.

Phillip Michael Schaeffer, 54, received medical treatment three different times between 2010 and 2013, according to an affidavit of probable cause filed in the 5th District Court. One time he used the name Alex Lifeson, guitarist for the Canadian band Rush, on Dec. 21, 2011. The other two times Schaeffer posed as David Gilmour, guitarist and singer for the band Pink Floyd on Nov. 30, 2012, and Feb. 26, 2013 respectively.

Schaeffer, from Monticello, Minn. accounted for more than $23,000 in medical bills. He lied to the account manager saying that his “agent,” Phil Michaels, would fax the insurance, police wrote. Schaeffer, then left the hospital without doctor’s permission.

A member of the hospital staff recognized him posing as rock star before, when Schaeffer returned to the hospital in February 2013 claiming to be Gilmour. She cross checked the contact information for both Gilmour and Lifeson and discovered it was identical. The address he provided both times was for the same empty lot, according to police.

Before being arrested, Schaeffer signed an autograph for one of the hospital employee’s sons.

Using the booking photograph from Schaeffer’s arrest, employees at Dixie Regional Medical Center were able to positively identify Schaeffer to police as the impersonator who also visited their hospital.

Prosecutors charged Schaeffer with two counts of communication fraud, which is a second-degree felony.

Prosecutors found out that he’s currently enslaved in County Detention Center, New Mexico. It is not clear why he is jailed.

“We treat those who come to us in need as a part of our mission,” Draper said. “So there really is no reason for anyone to come for care and feel like they need to change their identity, or manufacture something to receive care.”

Because Schaeffer failed to appear in fifth district court on Tuesday, judge Eric Ludlow ordered the arrest warrant originally issued in July will remain in effect.

It’s quite unique,” St. George Police Captain Kyle Whitehead said of the situation. “In the end we really hope the hospital can be reimbursed for what they’re out.”