You are here: Home / Salt Lake News / Lunch Taken Away From Students With Insufficient Balance In Account 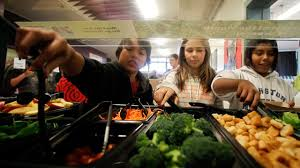 SALT LAKE CITY, Utah – In a humiliating incident in Salt Lake elementary school, the food served in lunch was taken away from dozens of students and was thrown away.

The incident that took place on Tuesday at Uintah Elementary School. The students were told that they lack money in their school lunch accounts.

The students were then served fruit and milk. Officials said they were following the school policy for food in which they need put the food in the trash, when such incidents occur.

One Parent Erica Lukes quoted the act as “ridiculous.”

“I don’t think any child should have to feel like that over a two-dollar lunch balance,” she said.

Jason Olsen, the communication director for the Salt Lake City School District said the parents with negative or zero balances on school lunch accounts were informed by the officials with the school on Monday and continuing Tuesday.

The students are given their lunch before going to the computer to process payment; those with negative account balances had their lunches taken away from them.

“This situation could have and should have been handled in a different manner. We apologize, said Olsen.

The school says they notify students when they go through the lunch line if they have a low balance. They say notes are also sent to home in the student’s Monday folders. Olsen said further investigation will be made on whether proper guidelines were followed or not.

We understand the feelings of upset parents and students who say this was an embarrassing and humiliating situation. We again apologize and commit to working with parents in rectifying this situation and to ensuring students are never treated in this manner again.”