Centers for Disease Control and Prevention has urged the health professionals to ask their patients about their drinking habits and offer proper counseling to them.

A new government report released by CDC has shown that at least 38 million U.S. adults drink too much. But only one in six adults talk to their doctor about their alcohol using habits.

The survey shows, most adults, including binge drinkers and pregnant women, have never been asked by their doctors about their drinking habits. 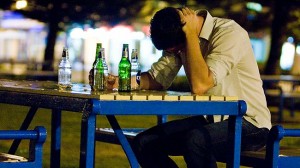 “Alcohol consumption poses a greater risk than it is actually realized. Therefore, screening for excess alcohol use is needed in the same way as we do for high cholesterol and high blood pressure,” CDC Director Thomas Frieden said.

Alcohol is responsible for over 88,000 deaths in the U.S. each year and costs the economy 224 billion dollars, CDC report says.

The report, released Tuesday, was prepared after surveying 166,753 people older than 18 from 44 states and the District of Columbia. The survey was conducted in 2011.